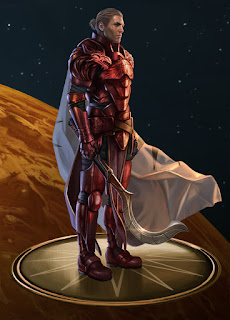 Around the time I began reading Red Rising The Hong Kong Protests had just  begun. It was very common on Twitter to see posts by  Americans that were envious about the amount of passion, and bravery the Hong Kong Protesters were able to conjure up. We looked lame in Comparison. I have to admit, I felt pretty lame myself.
Reading Red Rising made me feel even more lame.
It has been a long time since I have read a book about Rebellion. Superhero comics make up 85% of what I read, on a regular basis. Superheroes tend not to Rebel. They protect the Status Quo and I definitely think there are certain powers that be that are happy they are the dominant narrative at this point. It isn’t just because us Nearing Middle Aged men need some childhood nostalgia laced escapism that that Marvel movies keep getting funded. Protect the Status quo, that is certainly the current Pop Culture Narrative. It is either that, or  at the very least, bring us back to the Gold Old days, which are just out of reach. You don’t see many straight up Rebellion stories, in Mainstream media. Sure, Handmaid’s Tale and maybe Man in the Iron Castle. Unfortunately, I have not watched either, so I can’t comment. Oh wait, Mr. Robot definitely fits the bill. Besides the Hunger Games, which is similar in many ways to Red Rising, I can’t think of many other Mainstream media stories that focus on Rebellion, that have come out since 2001. Hmm, I wonder what happened around then that made the general public stop questioning the government, and the status quo?
Red Rising is all about Infiltrating the ruling class and making them pay for their complete and utter disregard for those they trample under their feet. I loved it. I needed it.
It may end up being my favorite book that I read in 2019. I know I am a bit late to the party, and there are a handful of sequels that have come out, including a book that just came out this year.
You have either read the book or you have not. I assume that people that read reviews on Goodreads want quick blurbs “It was great!”, “Such Fantastic Characters”, if they have yet to read the book or they want spoiler filled descriptions of why the book sucks so much, if they read it and didn’t enjoy it.
If you want the latter, I truly have nothing to complain about, except that I felt there were a few too many sequences where the main character, Darrow, seemed to be outplayed by his enemies, only for it to be revealed that he was one step ahead of them the entire time. Fool the antagonists once, shame on you. Fool the Antagonists about seven times, Your a Red God. 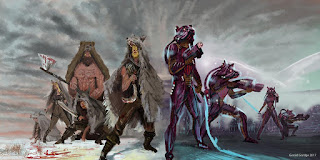 This book begs for adaptation. The majority of the featured characters are despicable, and run one of two ways: Ruthless, and are genuine sociopaths or Ruthless, but are actually compassionate underneath their facade.
I was under the impression that this book was a Young Adult novel, and it might actually be, but if that is the case I am surprised at the profanity and suggestive language, not to mention the murdering and maiming that makes you physically cringe ,when you read its description. Believe me, I am not complaining about that, at all. Give me more! That is how you get me to turn the page!


I thoroughly enjoyed the book, and I am ready for the sequels. I am a little sick of feeling lame, and would much rather have a real life Darrow make an appearance, versus a Television or Film version of the Ol Helldiver.