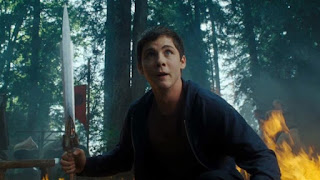 Ok, here is something you have probably seen multiple times, if you read my reviews (This is getting to be like My CW Super Show opening Credit Narration)
I have been reading to my 9 year old daughter, every night , for her entire life. Once we got up to the age where we could start plowing through entire novels, I started keeping track of the books we read together. I made a list of these books and put them in order from Favorite to Least Favorite. These are all of the books she and I have read together, minus the Harry Potter series. Here is the current standings:

The Best Christmas Pageant Ever
School for Good and Evil
The Dollhouse Murders
School for Good and Evil: A World Without Princes
Tales of a Fourth Grade Nothing
Bunnicula
Beezus and Ramona
The Girl with the Silver Eyes
Ramona the Pest
Percy Jackson and The Olympians: The Lightning Theif
Percy Jackson and the Olympians: The Sea of Monsters
Black Beauty
Howliday Inn
Pippi Longstocking
Harriet the Spy

Today, we are going to talk about Percy Jackson and the Olympians: The Titan’s Curse. My daughter and I just finished it about three days ago, and we have just started book four, The Battle of the Labyrinth. Starting this fourth book, I am surprised I didn’t ask this question during the last two books - How does Percy receive a Modern Education? There is certainly a pattern with each Percy book. Similar to when Harry Potter has one stand out scene with the Dursleys before beginning another adventure at Hogwarts, Percy also has his own routine check in point. He is at a school for mortal students, and something outrageous happens, usually resulting in tremendous collateral damage. He goes on a quest, and then ends up back at Camp Half Blood. I would say Spoiler, but you have already read the book.
So, how does he learn about the things he would learn, while in Junior high, and eventually High School? He just doesn’t, right?  He learns about Greek Mythology, trains to fight monsters, and then heads back into the Mortal world, only to be attacked by Monsters, yet again.
Please don’t think I am complaining. Just like with Harry Potter, I have grown to anticipate and thoroughly enjoy the cycle of each Percy Jackson book.
Is this quest superior to the previous two? I would have to say it is superior to the second book, and on par with the first. This book has a more serious tone than Sea of Monsters and the stakes continue to raise from book to book. I don’t know if Riordan was given notes about the amount of Female Characters in the first two books, but Titan’s curse certainly seems to compensate for any lack of female presence. This book focuses on the Goddess Artemis and her female hunters. We are also introduced to a D and D named character, if I have ever seen one, Zoe Nightshade. In the previous two books, the characters will split into two groups, young Demi-Gods, dealing with whatever chaos was thrown at them, and then powerful monsters or Gods, who move mortals around, like Chess Pieces.
With Artemis, we see her act unlike her other God brethren, she is selfless, literally taking on the weight of the world, at one point, to help one of the Demi-Gods. Both Zoe and Artemis are mature characters whose personalities are based upon a sense of duty as opposed to complete arrogance, like the rest of the gods.
Two other New Charters join Percy in this quest, Thalia, the Daughter of Zeus, and Bianca, a Demi-God whose parentage remains secret for the majority of the book. Bianca is not much more than a plot device, but Thalia does serve as a strong counterpoint to Percy, being the overlooked Daughter of another one of the Main three gods, with the potential to bring down the entire Pantheon. This book sets up the mechanics of how the Gods could be brought down, and we go back and forth wondering, which of the Children of the Three Main Gods could be the prophesied Destroyer or Savior
I still consider these books more generic and easier to predict than the Harry Potter books, but my daughter and I are bought in. We want to see this through to the end. If Books four and five are as good as this one, I think we will get through them quickly.

So where do I rank this book, in the list I mentioned above? I answered that already, didn’t I?

Underneath The Lightning Thief, but Above Sea of Monsters.