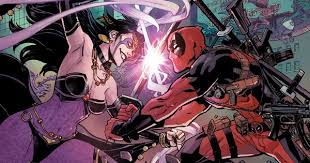 Marcus - The Gladiator Centaur Werewolf, with robot legs, a symbiote ....... and Diabetes. 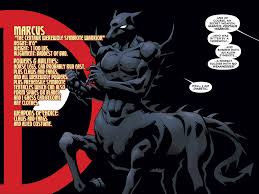 Just to have a call back to Marcus' initial appearance in Deadpool: Dracula's Gauntlet is worth the price of admission for this one.

Ever since we gave up access to the Austin Public Library, and resorted to using only the Cedar Park Library, I have occasionally found myself in desperate situations to get my comic fix. Probably what I initially considered my lowest point was when I borrowed a handful of Deadpool trades written by Gerry Duggan and Brian Posehn. I was not a Deadpool fan. My stock response when I answered how I felt about the Merc with the Mouth was that I only really liked him in Uncanny X-Force written by Rick Remender. That has slowly, but steadily changed. At this point, I have read almost all of the near twenty available Deadpool comic trades in the Cedar Park library, all penned by At least Duggan.

They did it. They made me like Wade Wilson, besides his two feature outings (and he was getting pretty grating during Deadpool 2, BTW) and his Uncanny X-Force run. 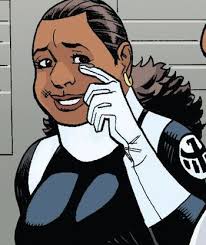 How did they do it? Well, they introduced a ton of supporting characters, but most importantly, they made the characters more than just D-list X-force reserve members, or one joke Gimmick characters. Agent Preston is probably one of the more likable Shield agents, in recent history. Give her a book with Coulson, and let's get that organization back on track. 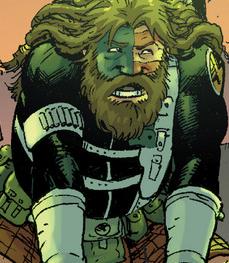 Michael the Necromancer could easily be just run off as a hippie that happens to a Wizard, but the book has certainly given him depth, and you feel for his every day sufferings.

Last, but certainly not least, we have Deadpool's wife Shiklah. 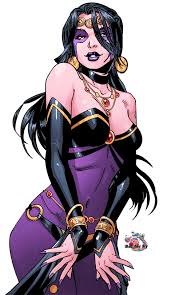 When you think about the directions Posehn and Duggan could have gone, when trying to provide Wade with a wife, you quickly realize how many poor choices they could have made. They could have easily shacked Wade up with a Mutant Superhero, or a Superhero mercenary that would easily fit on an X-team. This Lawful Good character would have spent each of her appearances joking about how crazy Deadpool was, all the while trying to talk him out of the killing side of his profession. That would have gotten old, fast.

Another possible choice? Give Deadpool a mentally unstable character to be his bride. This would most likely be a character with the attitude of Harley Quinn, who would of course be sexy, but certainly demented at the same time. The roles would be reversed this time around. She would be the one going too far, making Wade grimace, after she melted off a bad guy's face with a blow torch, while singing "Girl's just wanna have fun". This would have gotten old, faster.

Shiklah's inherent Fish out of Water personality made her an ideal mate for Deadpool. She is a monster, who has been asleep for hundreds, if not thousands of years. She is about as far removed from what is considered normal as someone needs to be, to consider marrying Deadpool. Through the various trades, I have felt the jokes that were connected to her disconnect from normalcy have been rather lame, and predictable, but believe me, she is a far better match up for Deadpool than those other two options.

I do wish that the world building was a bit richer, when it came to the Monster Empire that Shiklah ruled over. Essentially, She is the ruler of every possible monster in the Marvel Universe, which leads to many fun cameos in this trade. Though a Monster Empire would seem to be chaotic in nature, I want to know why these monsters all follow her. Why do these monsters respect her? Shiklah can turn into a large beast, herself, but nothing that seems more intimidating than say a werewolf or undead creature. I wish there was a strong explanation as to why she is able to rule over so many different types of nightmare creatures, and what the system of her rule actually looks like. I know that is expecting a lot for the backstory of a Deadpool supporting character, but Shiklah has been around for multiple trades, years worth of comic books, it was definitely possible to organize her backstory more within that time.

Just as we expected, Deadpool and Shiklah's marriage didn't last, and this trade is all about the fall out. It is fun to see the interweaving between Deadpool's other two books - Deadpool and Spider-man and Deadpool and the Mercs for Money. I didn't realize how great Spider-Man and Deadpool were together, which is ironic, since Deadpool's creator basically pitched him as "Spider-man, but with swords"

This book also brings back Dracula (sorry, I told you there were spoilers). Dracula had this great one shot a few years ago, when Marvel thought that they could cash in on the Vampire resurgence created by Twilight. In that one shot, they actually went into great detail building up the Vampire Mythology, creating  various vampire houses, for all the different types of vampires you would see running across the Marvel Universe. Instead of just being fodder for Blade, the vamps had a bit of backstory for themselves. In this trade, they do go into detail explaining that vampires are separate from other monsters. I think that would be an interesting thing to explore. So, based on my ramblings, what could we take out of this?

-A new SHIELD book, with Agent Preston and Agent Coulson
-A book that goes into great detail about Shiklah's origin and how her monster Empire is run
-A book that features the various vampire houses that Dracula controls

Hell, if you bring back the monster version of the Howling Commandos, you could bring all of those stories together in one book.

Maybe I should do that.

I am getting off on a tangent.

What would I rank this book? 3 out of 5 on Goodreads. I am sad to see Shiklah go, but I am happy that I have gotten through another dramatic portion of Deadpool's adventures, and yet I still like the character and the book. Good job Duggan and Posehn!