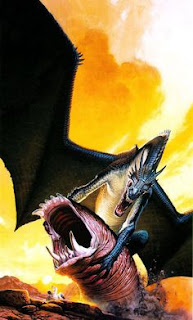 At the time of writing this, my oldest daughter, Pepper is 8 years old. I have read to her, every night since she was a baby, and I have been reading chapter books to her for years. Below is a list of the books I have read to her, besides the Harry Potter Novels (we finished Half Blood Prince, recently). The list is in order, from favorite to least favorite.

The Best Christmas Pageant Ever
School for good and Evil
The Dollhouse Murders
School for Good and Evil: A World without princes
Tales of a Fourth grade Nothing
Bunnicula
Beezus and Ramona
The Girl with the Silver Eyes
Ramona The pest
Black Beauty
Howliday InnPippi Longstocking
Harriet the Spy

A Few months ago, my daughter picked out A Princess of Landover, By Terry Brooks, at a nearby yard sale. The book was pretty much a steal, at only a dollar.

I have read a few of Terry Brooks novels, and his book on writing. Why don't I put them in order from favorite to least favorite, too?


So, where does A Princess of Landover fit, in My list of books I have read to my daughter, and where does it fit in my list of Terry Brooks books? Let me do a little actual reviewing in this review, before I say my answer.

Princess of Landover is both generic and charming. That might be the way I describe all of the Terry Brooks books that I have ever read. Princess of Landover has all of the components of a high fantasy story, derived from Tolkien, that you would expect from a Dungeon and Dragons tie in novel, but it is simplified, and devoid of the sense that the characters you are reading about were rolled into creation.

The main character of the previous books, Ben Holliday, who takes a back seat to his daughter, Mistaya, in this book, seems to be modeled on Brooks himself. For the segments that focused on Ben, I did feel like I was reading the sequel to a series of Fantasy fiction. Ben is a former lawyer (like Brooks) who discovered a magical land, after his family died. I know, after reading Sometimes the Magic works, Brooks answer to Stephen King's On Writing, Brooks loves his family dearly. Of course, which one of us approaching middle age writer types wouldn't fantasize about being devoid of an obligation to our families and the opportunity to journey to a fantasy realm?

Ben is interesting, because I would have never guessed he had a family prior to his adventures in Landover, plus the fact that he is clearly a stand in for Brooks. Besides those unique points, he is about as generic as a King of the realm/doting type father can get.

Mistaya is generic as well-The rebellious snooty princess, who thinks she is better than the Earth girls she has to go to school with, when he father sends her back to his home world. What makes Mistaya unique? She has a connection to a rather fierce Dragon, named Strabo, who is featured in the cover for the previous Landover book, Witch's Brew, and is the main focus of the picture I have placed in this review. I chose the Witch's Brew cover over the Princess of Landover cover, because I vividly remember the former cover catching my eye, every time I had to straight up the Sci-Fi/Fantasy book section of the Waldenbooks I worked at. The Latter cover is just so generic, and vague, just like many of Brooks modern versions of the Shannara covers are (and most modern fantasy books, these days).
The other thing that makes Mistaya unique is her connection to The evil Witch of Landover, who attempted to raise Mistaya as her ward.

I read that the Landover title comes from the Oz books, because Oz is "The Land over the rainbow". It is an interesting twist to imagine Dorothy, or Ozma, even, being brainwashed and raised by the Wicked Witch of the West.

I had never read any of the Landover novels, prior to reading princess, but I had this feeling the book would be tame enough for me to read to my eight year old daughter. I was right. There are no references to sex in this book, and no real violence. There are a few allusions to murder and battles, but nothing more hardcore than a live action Disney movie.

Besides Generic and Charming, I would also use Tight, to describe Brooks' worlds. The worlds do seem rather paint by numbers, but yet they are very self contained worlds, with consistent rules and themes. The magic that Brooks claims, "Sometimes works" always seems to work, when I read one of his books. Even if there is nothing ground breaking, there is always a few small details that make his stories , just a notch above average. Consistent, Non-Chaotic, Magic.

The ranking for Princess of Landover?

Just above A Knight of the Word, on my Brooks list and Just below Black Beauty on my Read to my daughter list.