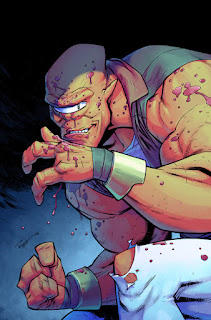 First and foremost, I have to go through my usual Schpeel. I have been reading to my 9 year old daughter, every night , for her entire life. Once we got up to the age where we could start plowing through entire novels, I started keeping track of the books we read together. I made a list of these books and put them in order from Favorite to Least Favorite. These are all of the books she and I have read together, minus the Harry Potter series. Here is the current standings:


The Best Christmas Pageant Ever
School for Good and Evil
The Dollhouse Murders
School for Good and Evil: A World Without Princes
Tales of a Fourth Grade Nothing
Bunnicula
Beezus and Ramona
The Girl with the Silver Eyes
Ramona the Pest
Percy Jackson and the Olympians: The Lightning Thief
Black Beauty
Howliday Inn
Pippi Longstocking

This was the turning point for my daughter and I. Would we go all the way to book five, or was this series worth leaving on the library shelf? If you read my previous review of the book you will see that I was a big fan of The Lightning Thief's humor. This book doubles down on that.
There is a mystery to uncover in THE LIGHTNING THIEF.
There is the Donut Shop run by Hydra (No, wait, I need to correct that, this isn’t the Marvel Universe).... There is a donut shop in the middle of the woods, run by a Hydra.
There is the cyclops that wants to Marry Grover, because he mistook the Satyr for a woman, when he put on a wedding dress.
Gone is the tension connected to Percy being bullied and being the Bully in  middle school, or the anxiety of having to deal with his Mother’s poor choice for a new husband. There is one rather serious moment when Percy and Annabeth encounter the Harpies, and one of them chooses to hear the Harpies song, but otherwise the challenges that would be considered realistic, in the first book are removed in favor of an over the top adventure. When your second to last battle in the book involves a blinded cyclops and a mass of giant, flesh eating sheep, you know you have gone a little far off the reservation.
At this point, I find myself getting excited whenever there are signs that another modern version of a Greek God will show up. It makes me want to seek out Percy Jackson fan art. I would love to find a picture of the entire Percy Jackson Pantheon.

So where does SEA OF MONSTERS fit in the line up, with the other books?
Right underneath the first Percy Jackson book.

P.S. I can’t help it, if every time I read about Percy’s Half Brother, Tyson I picture Allen the Alien from the comic book Invincible, and when I picture the large Cyclops, from the Odyssey, I just picture a larger version of Allen the Alien.