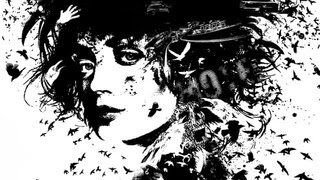 I cover this entire review in the most recent episode of my show, The No Beard Plaguecast. Check out that video, here:


I don’t have a lot of experience with reading novels that are sensational just for the sake of being sensational. I have read a few Horror novels, by Brian Keene, filled with over the top gore and disturbing imagery, but I expect that from a book in the Horror genre. 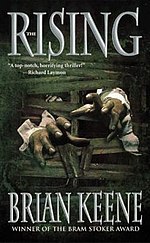 When I think of fiction books that are constantly disturbing for the sake of being disturbing, I think about the Chuck Palahniuk books that I read and thoroughly enjoyed. The Palahniuk books I read always felt like they were a commentary on a specific aspect of modern culture. 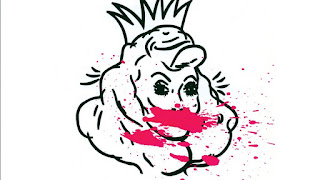 Don’t get me wrong. I am not a prude. A lot of my favorite films are movies that your typical moviegoer would blanche at. The kind of movie, that if you watched it with Mary and Steve Suburbia, in their living room after their kids went to sleep, there would be a long, awkward pause once the end credits began to roll. You would most likely try to get your coat and sneak out the door, while they continued to stare at the screen.
There is a difference between watching a movie that is filled with intentionally upsetting scenes and reading a book filled with paragraph after paragraph of disturbing imagery. If you read as slow as I do, you could spend days, or weeks or even months on a three hundred page book. An upsetting movie lasts about two hours, on average. I don’t want to spend hours upon hours reading a book about people torturing each other, or dying miserably, unless there's some sort of fantasy element behind it all (I am looking at you, Joe Hill) or it is an introspection of a particular time in history or particular culture (I wish my book knowledge was larger, but when it comes to this type of story, I am thinking about TV Shows like The Sopranos, or The Wire, or Breaking Bad) .
I can handle upsetting imagery or scenes when they are part of a bigger story. . Give me hours of crime related violence, or human brutality, but there has to be something more to it. 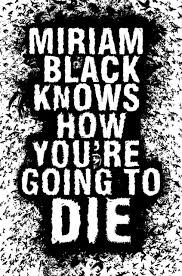 That is why I can’t rate Blackbirds higher than a 3, using the Goodreads scale. Yes, there is
organized crime within the book. Yes, Miriam Black has a supernatural ability, but both these aspects of Blackbirds really seem like they are there just to give Chuck Wending the ability to write out something gruesome while trying to make it sound clever and poetic. Chuck swings for the fences, pretty much once per page. Every other page, he hits a double, and on the other pages, he strikes out. Once in a while, there is an out of the park home run, which usually caused me to chuckle. Often I groaned, not at the descriptions of bodies slowly being fileted or eyeballs being stabbed by fishing knives, but at the references to mundane things that are described in such an extreme way.
Miriam doesn’t drink a normal cup of coffee in the book. The coffee is either piss from a diseased Kidney or it is orgasm inducingly good. Everything is always in extremes. I can understand that a character, who has been living the hitchhiker’s life since a god awful tragedy triggered her prescient abilities, might think in an extreme way, but even over exaggerated fictional characters have moments of banality. 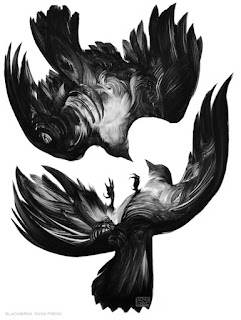 I know this sounds like I did not enjoy the book. I am giving it a 3 out of 5, though. Though the descriptions and the dialogue are constantly over the top, the book is never boring. The chapters of the book are paced in a similar way to the nuggets of writing wisdom that Wendig tweets frequently, or shares on his Terrible Minds website, or collects in his various books on writing. The chapters are short little bursts of sensationalism that get a singular point across.
At the beginning of the book, I thought of Miriam Black written as a female character with an extreme attitude, but was really a male character with female anatomy. Over the course of the book, I grew to enjoy Miriam and I stopped viewing her in such a way. I cared about her plight. Not to spoil anything, but Miriam let’s her wall down around the middle of the book and let’s a sense of empathy drive her instead of a sense of self preservation. Miriam starts off the book as a character with an in your face over the top attitude, but she is really trying to cover up how fragile and hurt she is. She bounces from one confrontation to the next, illustrating how chaotic and dangerous her life has become. Just a little past the halfway point, she is given another character to care about, and antagonists to run the Holy Hell away from. The book becomes far more enjoyable once this transition occurs. I would like to read more adventures featuring Miriam, especially after she learns more about her ability to predict when and how a person is going to die.
I am hoping the sequels to Blackbirds allude to a bigger picture that is tied into Miriam’s powers. I also hope there are other characters that Miriam will interact with that are not as over the top as Miriam herself, or two out of the three antagonists in this book. I would be on board for reading the sequel books, if that is the case. I can look past the constant sensationalism if there is clear proof that there is more to Miriam’s story than finding a reason to write graphic descriptions in a poetic way.