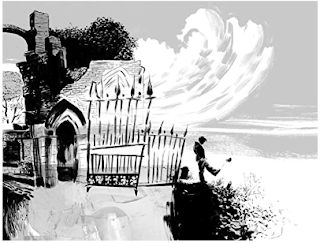 Please enjoy the YouTube video version of this review:

Before we dive into this review, I need to tell you about my list.

I have been reading to my daughter, Pepper, every night since she was an infant.

Once me moved on to chapter books and novels, I started ranking them. I did not include the Harry Potter series in this ranking, even though we read through the whole series. The experience of reading those books was wholly unique for the two of us, and I feel that puts those books in a separate category from the rest of the books on my list.

Whenever I finish a book with Pepper, who is nine years old, at this point, I decide where it will fit within the ranking. The current ranking going from my favorite to my least favorite is as follows:

By the end of this review, we shall see where The Graveyard Book stands.

Spoiler alert, it will be pretty high on the list. 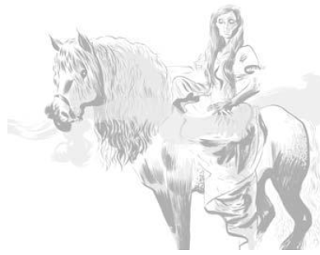 Oh, you want me to go a bit deeper, maybe include a few spoilers, ok well get out your shovel, we are going to dig into that ancient grave on the cliff, and maybe we will look into the face (or faces) of a buried Celtic monster.

For some reason, this book made me think of Clive Barker a lot.
In many ways Neil Gaiman and Clive Barker are very different from one another, yet there are quite a few similarities between the two British creators.

They both made names for themselves in the 80s and early 90s. They have created some of the most iconic horror and fantasy characters within the past forty years. Their books for children, including this one,  include murder and nightmare inducing creatures, and yet you wouldn’t dream of denying adventures like The Graveyard book, to your child, based upon the darkness found within the book.

But even though Gaimain and Barker have their similarities and The Graveyard Book made me think of Nightbreed, The Graveyard Book is an idea unto itself, and there are many rules about being a ghost, or being a human given the “freedom of the graveyard” that set up a truly original world.

I loved that I was reading the jungle book, set in the graveyard, and that this version of Mowgli was learning how to make himself disappear, or pass through solid objects, and that his version of Bagheera was a vampire.

Gaiman’s playful use of prose and his casual regard for extraordinary things only amplifies the reader’s feeling of wonder. Gaiman never pauses for exposition, to make sure that reader is able to take in the fantastic, ghost filled world. As the reader, you simply wade in as deep as you are able to go, and enjoy being carried away.

What stood out to me, most of all was this quote from the book. I feel like it sums up the entire message behind the Graveyard book. If you have not read the book yet, please go do so and finish this review when you are finished the book. This quote captures the essence of what it means to be  alive. This is what separates the boy, Bod from the spirits who protect him.
This quote is from Silas, the vampire who protects Bod, and I really want to capture it here in this review:

“You’re alive, Bod. That means you have infinite potential. You can do anything, make anything, dream anything. If you can change the world, the world will change. Potential. Once you’re dead, it’s gone. Over. You’ve made what you’ve made, dreamed your dream, written your name. You may be buried here, you may even walk. But that potential is finished.”

I love that quote so much. It makes me think that one day we will all be ghosts, or better yet, stories or memories. We have to make our impact on the world while we are still alive. I think that is a great message for young readers, which is why I am ranking the book a five out of five on the Goodreads scale.

So, what about my own ranking of books I have read to Pepper? Well I would say that The Graveyard Book fits underneath the School for Good and Evil and above The Dollhouse Murders.

Remember that ranking is out of my personal enjoyment, while reading the book, not necessarily based on the quality of the writing.

Read this book while you are still among the living.