You can read this review, or watch my video presentation on it, right here:

I knew that when I was going to start viewing and reviewing the movies of David Lynch I would be put into an uncomfortable position.
When I review a piece of media, I focus on the story.
If the story is a mystery, I rate the movie on how consumed I feel when trying to solve that mystery,  and if I think the answer to the mystery was satisfying. Were there clues pointing towards the answer, throughout the entire, comic, novel,TV show or movie? Then there are the questions I ask, regardless of the type of story. Questions like,were the characters well defined and unique? Would I want to spend more time with those characters if I had the chance? Would I want to spend more time in that world, if there was a sequel?
Now, usually the answers to those questions support the answer to these two final questions. Sometimes, if I am not happy with the answers to those original questions, the answer to these two last 2 questions can “redeem” the piece of media:

What was the creator trying to say with this piece of work?

Did they effectively get that point across? 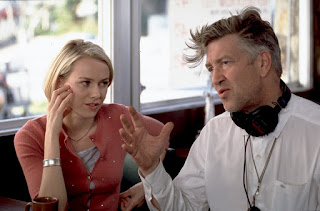 I knew that reviewing a David Lynch film, I might not easily be able to answer ANY of those questions.

I will admit, I had to research what actually happened in Mulholland Drive, AFTER I watched the film. It is up to you, if that means Mulholland Drive is a flawed film, or not.

To understand Mulholland Drive, I watched the following videos-

“Mulholland Drive and How David Lynch Manipulates you” by Nerwriter 1: https://www.youtube.com/watch?v=CXZK0Binfk4

I also read through the booklet that came in the DVD box for Mulholland Drive and David Lynch had the following synopsis for the movie “Part one: She found herself inside the perfect mystery. Part Two: A Sad Illusion. Part three: Love”

When I read Lynch’s Memoir, Room To Dream, there was an entire section devoted to the creation of Mulholland Drive. Initially, the story was going to be a Spin off of Twin Peaks. It would follow the story of Audrey Horne, after she left Twin Peaks, and attempted to become an actress in Hollywood. It would have been a made for TV movie, that would have been the pilot for a TV show. Things didn’t go as planned, and Mulholland Drive was turned into a feature film. 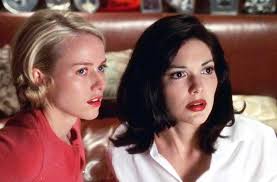 I have only watched this movie once, and I will have to watch it multiple times to give you my true interpretation of it. What I can say is that the first two thirds of the film give off a specific feeling, and the final third of the film has a completely different feeling. My wife says that there are two parts of Mulholland Drive, just like there are to any David Lynch piece of media, there is the dream like fantasy, that seems so pure and borders on feeling fake, and then there is the harsh reality. Without spoiling the film, Mulholland Drive is two thirds of that dream Like fantasy, ending with one third, harsh reality, with slight glimpses into an unsettling world, during the dream state.

The pacing of the movie shifts dramatically, too. So much seems to happen within the final third of the film, the pace of the film seems to speed up, with each scene taking up a half the amount of time as the scenes in the beginning of the film. I found this to be extremely jarring, but knowing Lynch, and doing my research, I know that this was intentional. The entire film has been a dream up until the end, with reality trying to work its way in, throughout. At the end of the film, the dream can no longer sustain itself, and reality sets in. 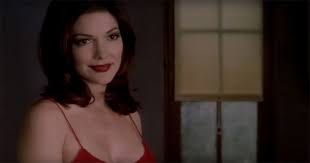 I feel like I have already given away to much, with that description, but in a way, I think that will help with your overall enjoyment of Mulholland Drive, if you have yet to see it.

In one of the videos I watched, there was reference to the fact that the random vignettes throughout the movie seem disconnected to the main story, featuring Naomi Watt’s Betty and Laura Harring’s Rita. On first watch, I tried to speculate about the connection between these scenes and the main story, but only after watching the explanation videos did I start connecting all of the clues.

I thoroughly enjoyed the Vignettes, whether it was the scenes with Mark Pellegrino’s bumbling hit man, or Justin Theroux’s director’s  awkward boardroom meeting with the producers of the film he is trying to make.  The Vignette that stands out for me, though,( and looking online, seems to stand out for most fans of the film) is the scene at the very beginning in Winkies Diner. 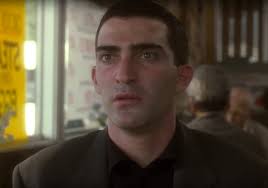 This scene is a perfect example of tension and suspense within a film, with a complete lack of anything that is visually threatening. The diner scene takes place during the day, and is full with tons of extras. Visually, the characters in the scene are surrounded by potential saviors and helpers. They are in a well lit, public place, statistically the last place you should expect something horrific to happen, yet almost immediately in the scene you can feel the goosebumps popping up on your arm, and your heart rate accelerating. Through dialogue, acting, and sound design, an environment of suspense is created, leading up to one of the scariest scenes in movie history.

When you accept this scene as a glimpse of brutal reality, trying to work its way into a dream, it only makes the movie more upsetting to watch. We all have our delusions we try to escape to, to get away from the harsh reality of life, but even in dreams our subconsciousness tries to bring up back to this reality.

In Renegade Cut’s YouTube video on How to Understand a David Lynch Film, they make this point about dreams “Everyone in the dream is the dreamer and everything in the dream means something” Keeping this in mind, you realize that everyone in Mulholland Drive is either trying to feed the illusion of the main character, or they represent reality trying to sneak its way in. Upon a first viewing, I think I had a sense of this, but I really needed to do my research to understand it. In my personal opinion this does not make a movie less enjoyable, or worthy of praise. For me, it is the opposite.

David Lynch has said that he wanted to make movies, because he wanted to make paintings that could move. Abstract Art, and poetry have a place in my heart, and surreal films can fit in their snugly with them. To me, I see poetry and abstract art as a way to convey complex emotions and thoughts without a straightforward narrative. In a straightforward film, we would look at the performance of an actress and her dialogue for cues to see that she was delusional or depressed. In a surreal film, in a David Lynch film, the setting of the movie, the sound design, the focus of the camera and the performances of the characters around the actress submerge us much deeper into the actress’ emotional state.

I almost feel like I can’t rate Mulholland Drive, until I have watched it more than once. After watching explanation videos of the film, and doing my research, it does make me appreciate the movie more. I would currently give it 4 stars.